Hawaiian Language Disclaimer for The County of Kauai

Like the Hawaiian islands themselves, the Hawaiian language is unique among the world’s languages. Originally, Hawaiian was a spoken language and did not exist in written form.

When western missionaries came to Hawaii, they transposed the sounds and characters of the Hawaiian language onto the Roman alphabet. While this did allow Hawaii’s native peoples the benefits of a written language, as you might expect, there were many gaps created when the flowing spoken word and all it’s subtlety was forced into a box in which it didn’t really fit.

To bridge these gaps, a system of punctuation was used to simulate more closely the sounds of the Hawaiian language. The okina and kahako (macron) were added to aid in proper punctuation. 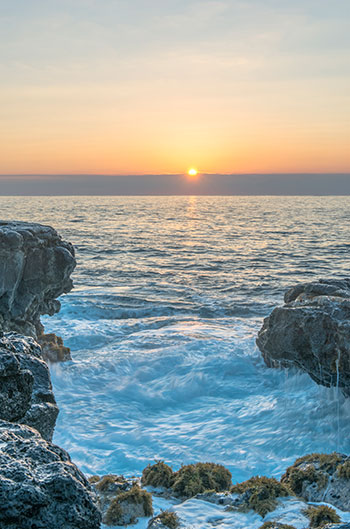 While use of these “special” characters does in fact represent a more “correct” and formal use of the written Hawaiian language, on the Internet, such characters present users who are unfamiliar with the language a significant accessibility issue. Searching in Google for “Kauai” is not the same as searching for “Kauaʻi”. Very few people outside the Hawaiian islands would be aware of the existence of these “special” characters and would therefore have difficulty locating pages which use them.

Additionally, the “special” characters do not exist except in a handful of very specialized typefaces — they have no keyboard equivalent. Often a “foot mark” or “apostrophe” are used to represent an okina, but this is actually incorrect as an okina is uniquely different from both. An “umlaut” is substituted for a kahako, but the “umlaut” is visually very different from the kahako and therefore also incorrect. For web users to see the language in its correct form they would need to download a special font and reconfigure their web browser to display this font as the default.

Lastly, many “special” characters are used in programming languages common to the web such as JavaScript, ASP.NET and SQL so their inclusion is highly problematic in a heavily database driven web site such as this one.

Hence the decision to omit the characters from this web site and the inclusion of this disclaimer.

It should be noted that we make every effort toward formal use of the special characters on County of Kauai printed materials and that this Web site represents an exception rather than the rule.

Visitors are encouraged to refer to the “Hawaiian Dictionary – Revised and Enlarged Edition” by Mary Kawena Pukui and Samuel H. Elbert for spelling and pronunciation of the Hawaiian language.